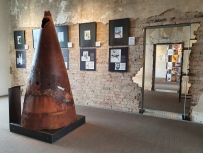 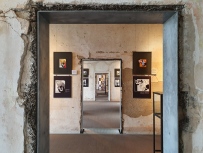 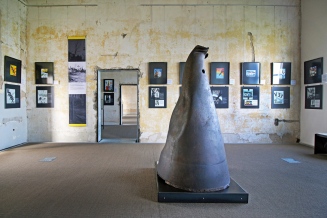 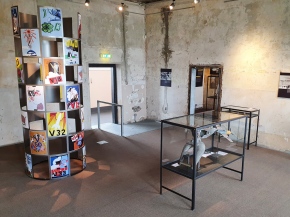 The nickname for the A/4 rocket has been recorded in a number of publications on the German Army rocket center at Peenemünde. I feel the best description is contained in the book “The Rocket and the Reich” by Michael J. Neufeld.

In the Prologue, a newcomer to the rocket test center in early August 1943, describes what he saw:

–“Finally, I saw them –four, fantastic shapes but a few feet away, strange and towering above us in the subdued light. I could only think that they must be out of some science fiction film – “Frau im Mond” [The Women in the Moon] brought to earth.”

“They were painted a dull olive green, and this, as well as their shape, had won them the nickname of cucumber.”

Clarence Simonsen’s painting shows Gerd de Beek painting on the A/4 rocket in pre-launch. This became the first manmade object to leave the earth atmosphere, [50 miles high] 3 October 1942. The “Frau im Mond” was painted in honor of Wernher von Braun.

1 thought on “Cucumber Art Under 3 Flags – The Title”