KB700 needs a little information with the photos. The story of the famous “Ruhr Express needs little repeating, but the photos tell a hidden story, known by few. 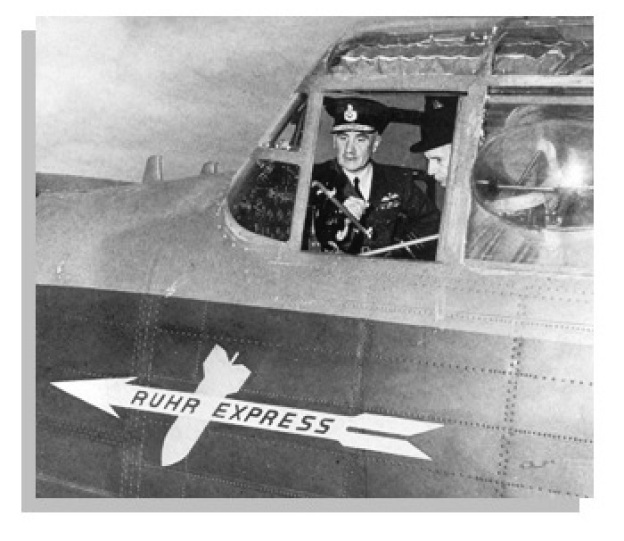 The date is 6 August 1943, and the first Canadian built Lancaster will be christened by the wife [Mrs. C.G. Power] of the Minister of National Air for Air in Canada. A country wide radio audience listened to the voice of Lorne Greene, but nobody knew that the Lancaster was barely able to fly. The pilot [very famous] Sqn/Leader Reg Lane detailed the events in a letter to me during my research. This was a poorly organized public relations exercise and the crew in fact had never flown together. The Lancaster was not finished and the engine instruments were not even working, so he was forced to take-off in a bomber they had never test flown and so on. They flew to Dorval, Quebec, where the bomber was placed in a hangar and completed after one month. 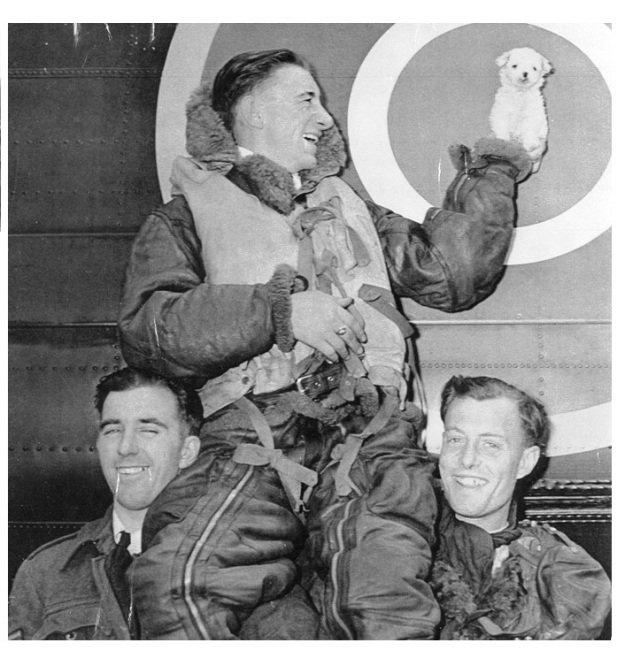 This crew was made up of RCAF members who were flown to Ottawa and presented with awards, dinners, and publicity events. The mid-upper gunner Fl/Sgt. R.K. Burgar was from Saskatoon, Sask. and while they were in Ottawa, he found a white French poodle puppy, which the crew named “Bambi.” They then arrived in Malton and the big ceremony. Burgar said the white puppy was a major attracted for all the pretty young Malton aircraft workers, which got a few of the crew a date. The crew wanted to name the Lancaster “Bambi” but of course that would never happen.

The crash photo came from ground crew member Delbert Todd, taken the morning after the accident.

This is the only photo I have found that shows the British ditch digging machine that KB700 hit in the dark, bursting the fuel tanks, etc.

The Lancaster KB700 left for England in September, and the eighth crew member was Bambi, who made the trip inside a wool lined warm flight boot, with an oxygen mask fitted over the top. That is all that is known about Bambi, and with the strict British animal control laws…?

If you have missed the whole presentation… click Lancaster Mk. X.

The very last page is an aerial photo of RCAF Station Penhold, Alberta, under construction for a postwar [1953] NATO pilot training base. The image captured the slow destruction of our last Lancaster bombers. I still have a hard time looking at this photo, as I lived close by on a farm, but I was only nine and had no idea. 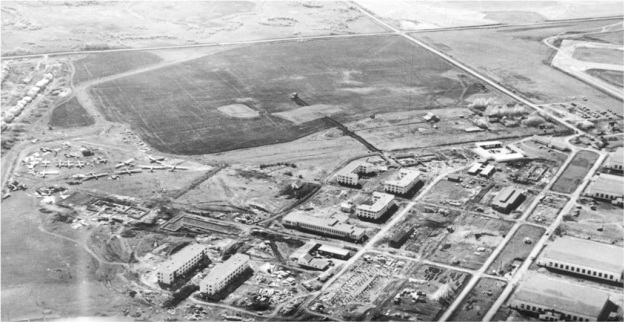