It is about an important member of 416 Squadron.

No. 416 had a Canadian RCAF Batman, LAC Wally Grieve, pictured in front of squadron building at B.78 Eindhoven, Holland, March 1945.

Gordon believes he was with the squadron when he arrived in October 1944. 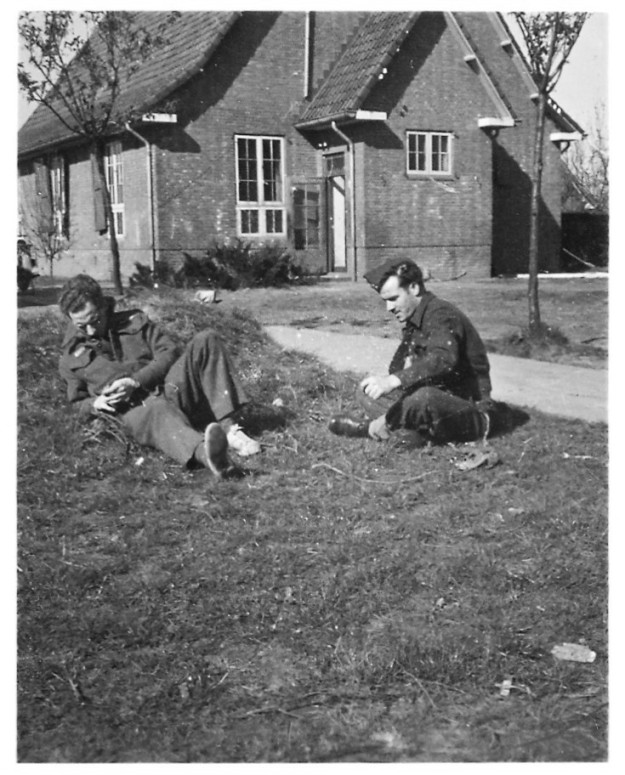 When 416 moved to Brussels, B.56 in December 1944, they took on a civilian Batman named Jules. This northern part of Belgium spoke a language called “Flemish” which was a mix of Dutch and Belgian. Jules spoke all three languages, and was most important in obtaining anything he could beg, borrow, or steal, for the Canadians. He was loved by all the Canadians and most important in finding, fire-wood, booze, etc…

The pilots took Jules for a ride in a captured German aircraft, that’s how they felt about this man.

They loved him, he was an equal.