Clarence had coffee yesterday morning with Gordon who is sharing these new group pictures.

Jack Leyland is on the Spitfire engine. 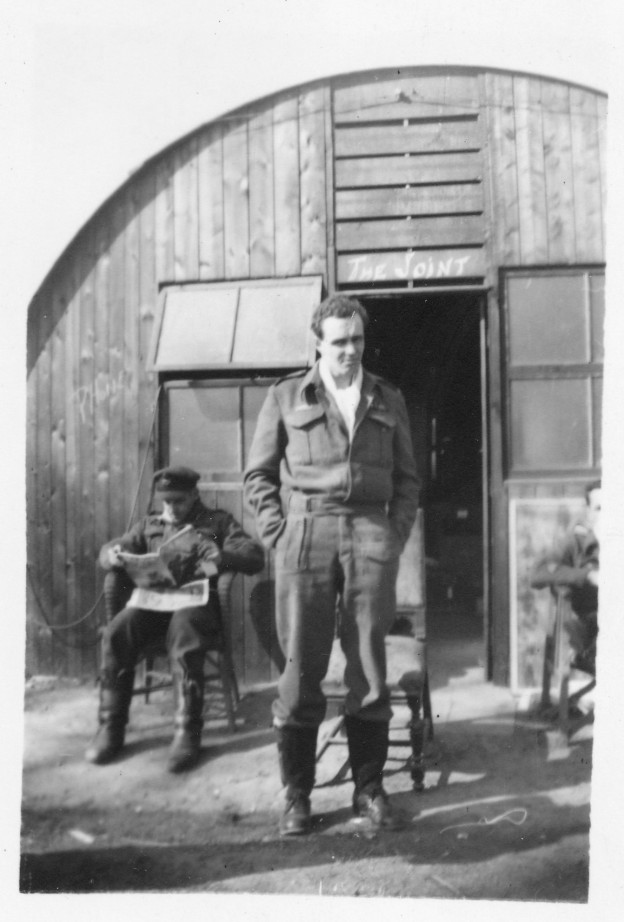 Left, reading a magazine is Larry Spurr. Commanding Officer F/L Jack Mitchner, DFC., hands in his pockets, is standing in front of the “Joint” which was the operations hut. 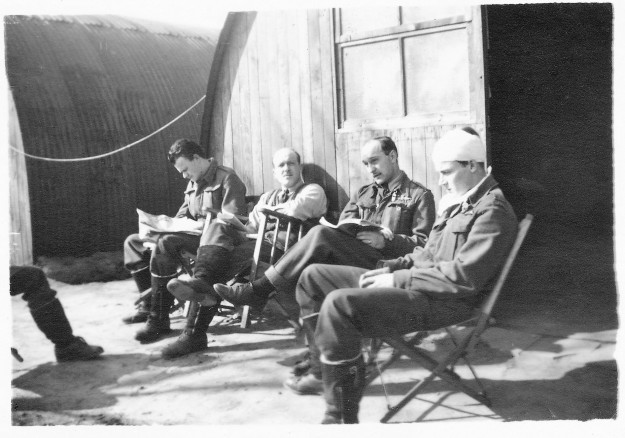 The pilots departed B.174 Germany for a two week air firing course at No. 13 P.T.C. Warmwell, England. They stopped for fuel at B. 78 Eindhoven, Belgium, and F/O Brouillard, Ken Williams, Lyons and Collins had engine trouble and had to remain on base. The other arrived at Warmwell at 19:00 hrs. The course began on 4 August 45, and Gordon took two photos of Pic Picard and Larry Spurr.

The Making of a Spitfire pilot Part Four should be posted soon.